Powderhouse Studios is our attempt to look at the most effective, creative workplaces, studios, and labs and build such a place with youth here in Somerville.

Just as those workplaces and studios have their own tools—whether that's clay in a sculpting studio or spreadsheets in an accounting firm—our work is grounded in two, basic activities: telling stories and building things with computers.

At Powderhouse Studios, people mostly do projects. When people first enroll, these projects come from their involvement in staff's ongoing work and the seminars staff put together around this work. As youth get older, they spend more and more time developing projects of their own design. By the time someone leaves Powderhouse Studios, they'll be comfortable tackling year-long, 1,000 hour projects. But to do that, at some point they must do a 500 hour project…and a 100 hour project…and so on, all the way down to whatever timescale they can manage when we first meet them.

Doing this well means we must support deep—and deeply individualized—work. To do this, we've gotten rid of traditional, subject-based classes and teaching positions. Instead, the day is organized in three chunks—morning, lunch, and afternoon, 10AM to 5PM each day. Staff work in tightly knit, cross-functional teams which stick together, managing mixed age cohorts of about three dozen youth for their 4+ years at Powderhouse. And that's just the start of what we've changed.

All along the way, people have told us it's impossible. But it's how creative work has been done for centuries—from apprenticeships to MFA programs to kindergarten classrooms.

Powderhouse Studios is our attempt to build on these traditions, making the road by walking it.

Powderhouse Studios is for people who might benefit from (1) working in a smaller, more intimate community than a traditional high school, or (2) spending a lot more time developing deep, hands-on projects of their own design.

A lot of Powderhouse's design grows out of these two focuses.

Of course, there are many other things a school does—everything from supporting college admissions and sports to the IEP process and English language learning. And we spent four years working with Somerville Public Schools to develop a design which does all that within the district.

This page only offers an overview of the work and detail of our design. We recommend beginning with our design overview, which is available in English, Español, Português, Kreyòl Ayisyen. Additional design materials and details are available below!

The basic ideas behind Powderhouse Studios is pretty simple.

People are organized into mixed age groups. These groups are much smaller than a typical high school class: about three dozen people. We're starting by enrolling people between 13–15.

Each group has four staff who work with them—a project manager, program designer, youth advocate, and domain specialist. These groups—which we call "cohorts"—stick together for their time at Powderhouse, so they're very small and supportive. Staff have a lot of time to develop deep, long-term relationships with people.

This is important because staff are going to help people develop their own projects. They do this by knowing people well and mentoring them, but also by working on their own projects and programs (which they involve young people in). Staff do this by running seminars—which are the closest thing we have to classes. Those seminars might involve anything from computational art to writing a screenplay or building a robot.

As people work on projects, staff work with them to document, reflect upon, and critique their projects and what they're learning through them. People will do this in different ways—sometimes through essays or presentations, other times through videos or discussions.

But one type of documentation which staff will work with youth to put together for all projects is what we call our "retrospective mapping." This mapping is just a record of the ways that the projects people do connect to goals youth develop with staff.

Those goals not only include traditional academic standards (like Common Core Math and English Language), but personal and professional priorities like career interests, college ambitions, and so on. These goals define people's progress toward graduation.

Taken together, this documentation gives us the information we need to help people define projects which will ensure youth are learning what they need to be successful after their time at Powderhouse. This also gives us what we need to do things like generate portfolios and traditional transcripts when someone is looking to transfer or apply to college.

Even though doing projects sounds simple, they take a lot of time. You can't really work on projects in forty or eighty minute chunks like most classes. You need lots of large blocks of time. And if people are working on projects that are different from one another's, it's even harder. That's why our schedule looks so different.

We're open 10AM–5PM for youth, and 8AM–5PM for staff (with morning supervision and breakfast programming for those who want it). We're open 220 days a year. There's no homework. Instead of having normal class periods, there are really just three chunks to the day: morning, lunch, and afternoon.

Generally, mornings will be when the seminars staff run will happen. Afternoons will be about people working on the projects they started in the morning. As people get older, they'll manage more and more of their time. That may start with them just working on their own projects in the morning. But eventually, it may lead to their enrolling in classes off campus or working at internships in the community which we work with them to secure.

Doing this alongside the other things school does is more complicated than you'd think. Sports? Special education? Music? Language? There's no one answer to all of these questions. You can find a lot of the answers in our FAQ and design resources.

But overall, something which ties together a lot of our answers is flexibility and individualized support. For example, even though we don't have traditional music or language classes, we have a stipend system for youth and a collection of community partners (ranging from Harvard and MIT to the Boston Language Institute) with whom we'll be working to offer individualized classes and support to people. This is only possible because Powderhouse Studios is designed to let staff support every young person individually.

Making all these pieces fit together has taken a lot of time and support from Somerville Public Schools, Massachusetts' Department of Elementary and Secondary Education, and dozens of families, community organizations, school designers, and experts from around the country.

We're still figuring things out, but if you have questions, please check out our design resources and get in touch.

Our team grew out of sprout & co’s design work beginning in 2009. Over the past four years, hundreds of families, world-class school designers and policy experts, and Somerville Public School staff have helped us to create PHS’s design. 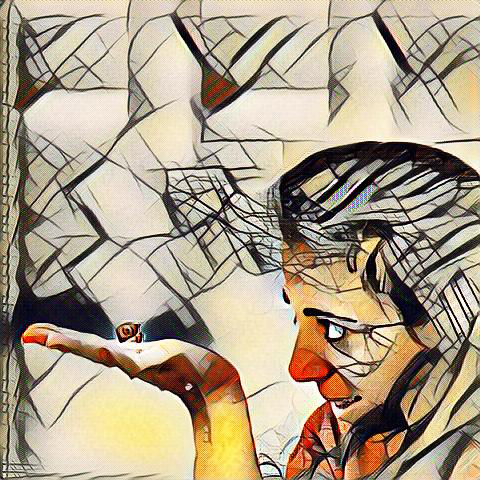 Molly Josephs is a staff member at Powderhouse Studios as part of its founding team. She taught biology at The Dalton School in New York City for years before going to Harvard's Graduate School of Education and joining sprout & co in 2015. 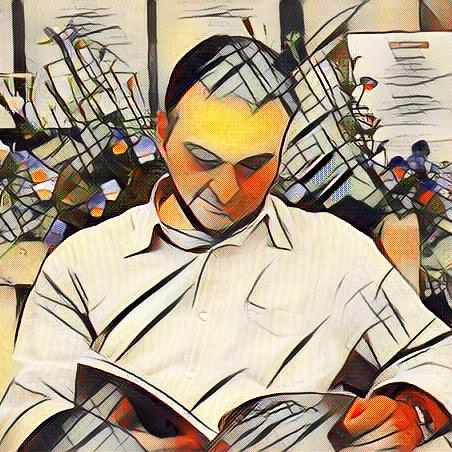 Bakhtiar Mikhak is one of sprout & co's founding board members and works on the design of the Powderhouse Studios' staff on-boarding process. Bakhtiar is currently the CEO of Media Modifications, which he co-founded after being a professor leading the Grassroots Invention Group at the MIT Media Lab. 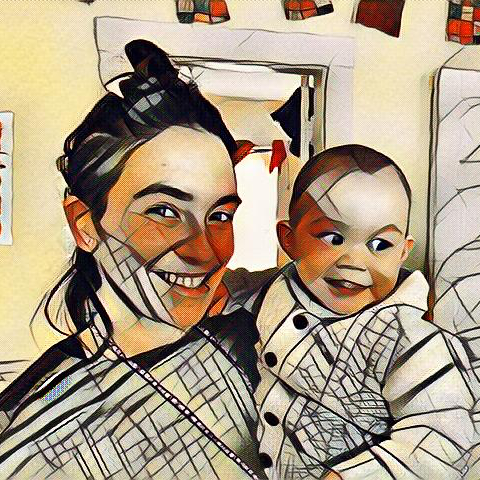 Shaunalynn Duffy is Powderhouse Studios' director of operations. One of sprout & co's founders, Shaunalynn plays sousaphone in a variety of brass bands including Boycott and Ghost Town. She's also a co-founder of School of HONK! 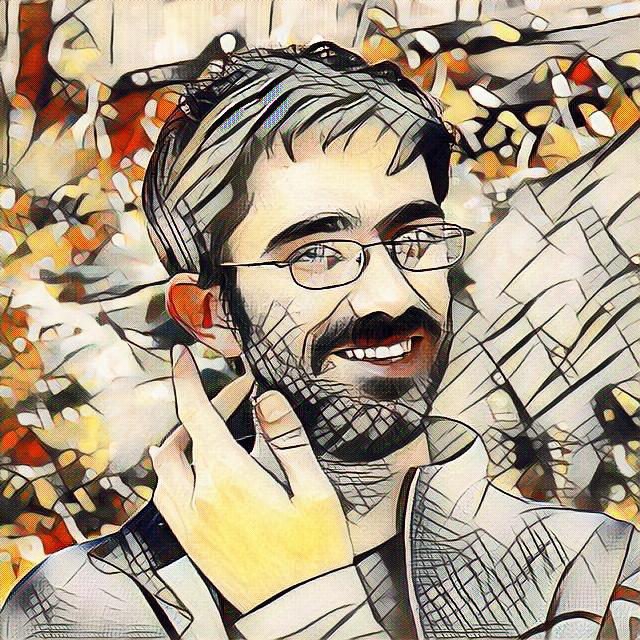 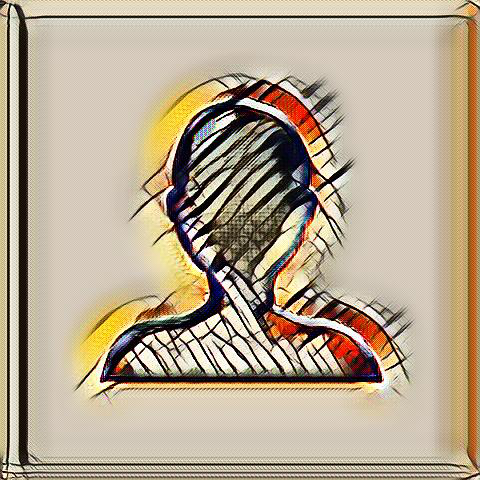 We're always looking for great people. If you like teens, can do something they might care about, and want to join a founding team inventing the future of learning, get in touch. Or if you know someone who might be a good fit, please refer them!

PHS is a product of sprout & co’s work over the past five years. We wouldn't be here without the support of hundreds of families, Somerville Public School staff, and experts from around the nation. They've helped us put together a world-class, in-district design using Massachusetts’ Innovation Schools legislation.

In 2009, we began designing and running in- and afterschool programs with youth and evening programs with adults, working with partners ranging from the Cloud Foundation to Google to the Harvard Extension School. Historically, our programs have focused on making scientific investigation more of a cultural activity, something meaningful to people’s everyday.

In 2012, Mayor Curtatone approached us about opening a new high school in Somerville under Massachusetts’s Innovation Schools Initiative, a piece of legislation which allows schools to have some of the same autonomies and flexibilities granted to Charter Schools while keeping money and oversight within the District.

In 2013, our initial prospectus was unanimously approved by the Superintendent, chair of the School Committee, and president of the teachers’ union. This allowed us to convene an Innovation Planning Committee including parents, teachers, administrators, and other Somerville community members. They spent nearly a year reviewing and ultimately approving our Innovation Plan.

In 2014, we were the first to seek (much less receive) relief from state statutes and regulations around school design under the Innovation Schools legislation. The Department of Elementary and Secondary Education granted us relief from those regulations governing procurement and educator licensure.

Beginning in late 2016, we joined the 7th and 8th grade team at the Healey School, developing interdisciplinary, project-based programs we hope will serve as a springboard for continued work at the Healey and our own enrollment outreach.

We hope to bring our final plan before the Somerville School Committee in fall 2018—after we wrap up our negotiations with the Somerville Teachers Association—and open in Fall 2019 as our campus renovation is completed. (We’ll be located at the older Powder House Community School building, which is being renovated over the next year into a fascinating, community campus with PHS at its center.)